In the early history of the land later called Czechoslovakia, various tribes settled there, starting with the Celts, then Germanic tribes, and later Czechs and Slovaks. This migration occurred between the 4th and 6th centuries. In the 9th century, the Kingdom of Bohemia emerged as a major power. 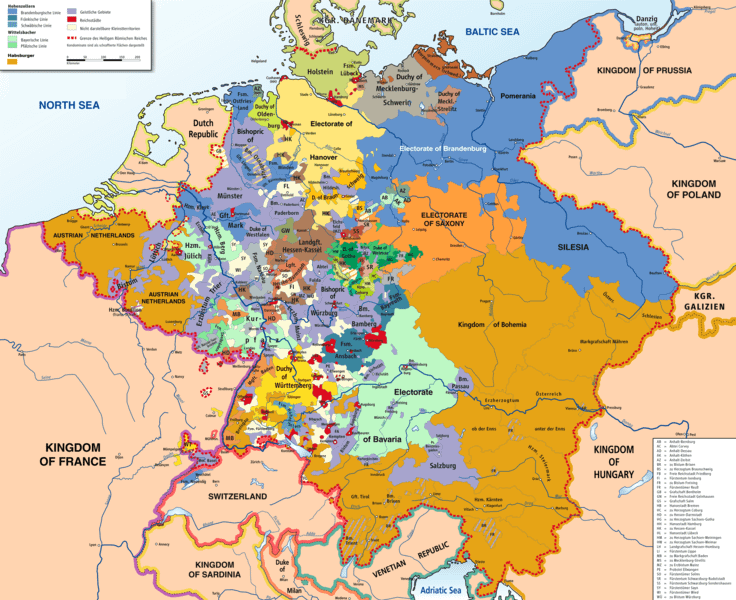 In this map of the Holy Roman Empire, you’ll see Bohemia but not Czechoslovakia. Bohemia's name comes from a Celtic people known as the Boii. The Slavic Czechs established themselves in the region by the 5th or 6th century. Then, the Holy Roman Empire took over and Bohemia grew larger when Moravia was attached to it.

Czechs and Slovaks maintained independence between the 6th century and the 17th century. The ancestors of the Czechs and Slovaks were briefly united for some thirty years in the 17th century. The ancestors of the Slovaks and Moravians later were united within Great Moravia between 833 and 907. The Czechs were part of Great Moravia for only seven years before splitting from it in 895. You’ll see Moravia within the map of Bohemia below.

Later in the 10th century, the Czechs invaded and controlled western Slovakia. Hungary took the Slavic people into their kingdom soon after.

The Czechs maintained their own principality within Bohemia, from around 900 to 1919. 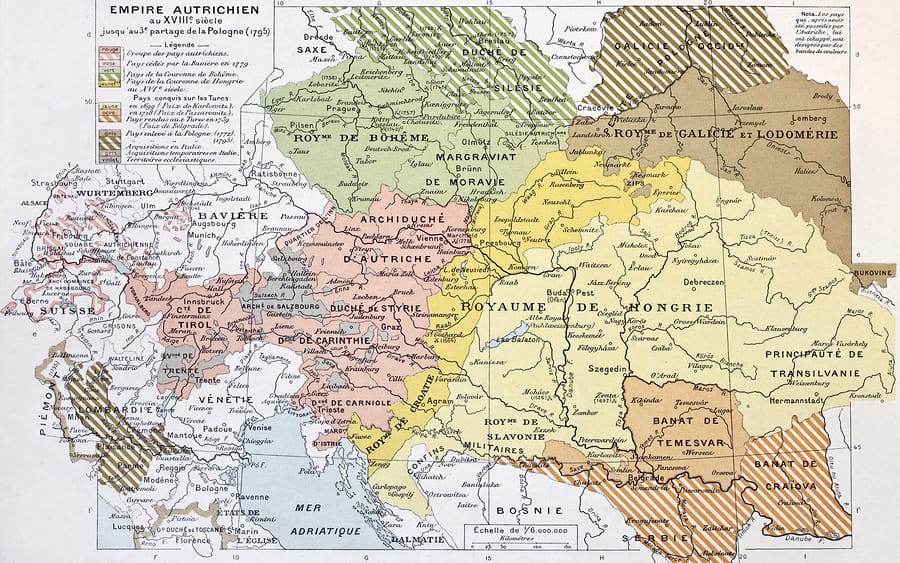 Looking at this map, Hungary was large at end of the 18th century. Bohemia, nonexistent today, also was quite large. Moravia also is gone today, but most of it now is in Czechia.

Czechs and Slovaks frequently were under attack. The Germans attacked the Czechs, and Hungarians attacked the Slovaks. But Bohemia continued until the end of World War I.

After World War I, the country of Czechoslovakia was formed from the Czech and Slovak lands of the Austrian Empire. Its capital was Prague. During the Second World War, Hitler invaded Czechoslovakia and it became a part of Germany.

After World War II, Czechoslovakia came under the control of the Soviet Union and the Communist Party. A period of limited democracy stopped completely when the Communists took over in February, 1948. All private property was expropriated, and political and human rights were suppressed. An attempt to change and humanize Communist totality and to weaken ties to the Soviet Union failed when the Soviet Army invaded the country in August, 1968.