The Pueblo of Jemez (pronounced Hay-mess or traditionally as He-mish) is one of 19 pueblos located in New Mexico. It has over 3,400 tribal citizens, most of whom reside in a Puebloan village known as Walatowa, a Towa word meaning this is the place. 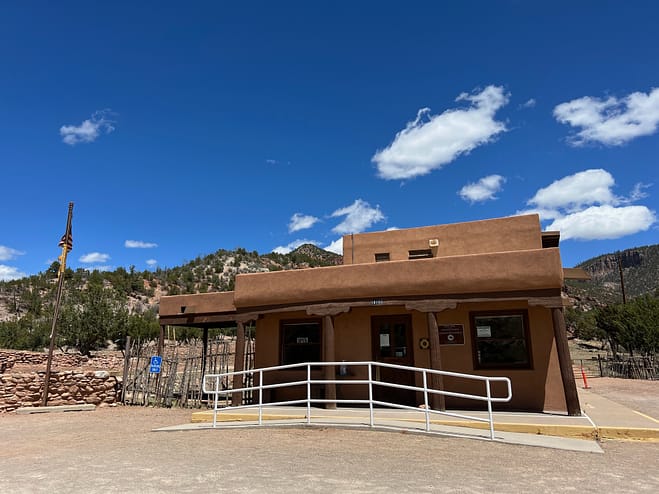 The Jemez Historic Site protects the ancient village of Giusewa and the San Jose de los Jemez mission church. The preserved village is more than 700 years old. The church dates back to 1621. The village of Giusewa was built in the narrow San Diego Canyon by the ancestors of the present-day people of Jemez Pueblo (Walatowa). The name Giusewa refers to the natural springs in the area.

So much of New Mexico is a story about the original inhabitants and how they interacted with the Spanish searching for gold. In the 17th century, the Spanish established a Catholic mission at the village. The mission was beautiful, but the native people were not interested. They moved to the current location of Jemez Pueblo. 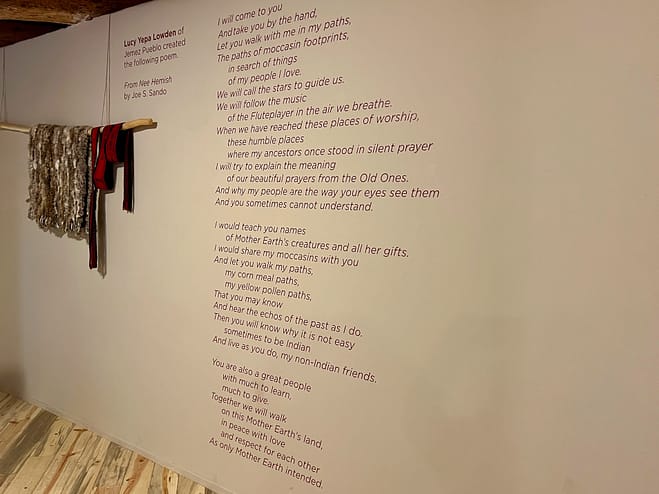 Inside the heritage center, exhibits tell the story of the site through its people. A poem by Lucy Yepa Lowden (1916-2005) serves as a beautiful way to introduce the culture to a visitor.

A short interpretative trail takes you around the ruins including the church, a plaza, a Kiva and other sacred places.

A Kiva was recreated and restored according to local traditions. A kiva is a space used for rites and political meetings, many of them associated with the Kachina belief system. They are underground circular spaces and primarily used for spiritual ceremonies. Only men were allowed into the kivas.

Read our other New Mexico posts for more about the fascinating history of this state and its people.

Also check out our post on the Jemez Mountain National Scenic Byway. This site and more historic and natural wonders are on this driving loop.