Tanzania offers beautiful landscapes and interesting history and cultures. Here's some history and fun facts about this fascinating place. 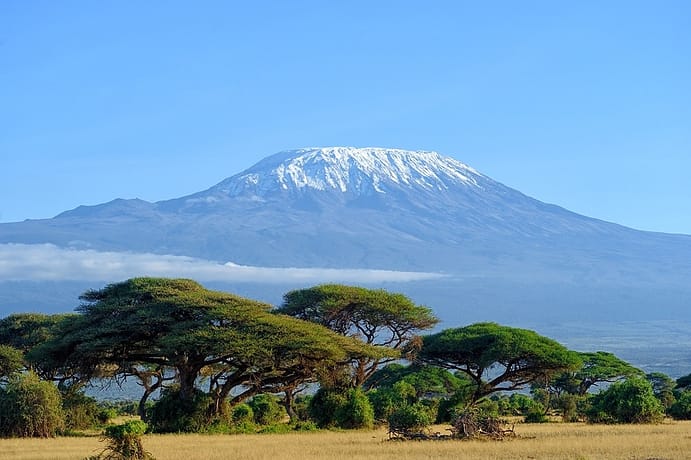 Kilimanjaro is a dormant volcano and frequently is capped with snow even though it is near the equator.

Tanzania has a population of over 56 million people and a land area of nearly 365,000 square miles. Tanzania was created in 1964 as a union of Tanganyika, a British-controlled UN trust territory that gained its independence in 1961, and Zanzibar. Formerly a British protectorate, Zanzibar is an island off the eastern coast and is a self-governing part of Tanzania. 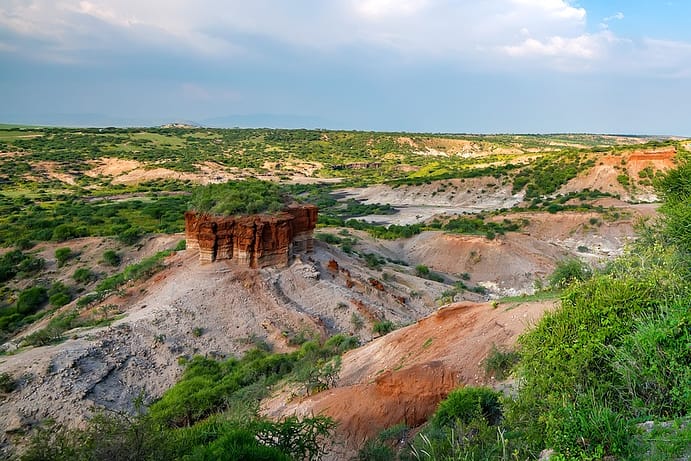 Tanzania’s population includes 120 different African tribal groups. It’s known to have some of the oldest human settlements archaeologists have ever found. The area in northern Tanzania, named Olduvai Gorge, is often referred to as The Cradle of Mankind because fossils found there are thought to be over 2 million years old.

The population migrated to the area some 2000 years ago and were mostly Bantu, whose language is largely Swahili. Today, the term Swahili usually refers to the people, and Kiswahili refers to the spoken language that is now the national language of Tanzania.

Like many countries in Africa, Tanzania and Zanzibar were controlled or conquered by others. The Portuguese ruled Zanzibar for about 200 years until Sayyid Majid became the first sultan of Zanzibar. Sultan Majid ruled Zanzibar and his brother ruled Oman.

Zanzibar became the center of the Arab slave trade. The sale of slaves eventually was prohibited in 1876. In 1890, Britain took over the control of Zanzibar. The Germans declared a protectorate in Tanzania in 1885 and called it German East Africa in 1891. This included present day Tanzania, Rwanda and Burundi. The rule was short lived as they lost all of it in World War I. The British then ruled Tanganyika and Zanzibar until 1964 when Tanzania was created.

Tanzania probably is best known for Mount Kilimanjaro and the Serengeti Plain. There are many wildlife parks where you can hire a guide and take a camera safari. We visited the Mikumi National Park near Morogoro, which is fourth largest in the country. The Serengeti National Park is the second largest in the country. It is famous for the annual migration of over 1.5 million wildebeest and 250,000 zebras.

When Madeline and I visited Tanzania, we stayed in Dar es Salaam, the capital. After a week in Dar es Salaam, we took the ferry to Zanzibar. The sizes and vibrancy of both Dar es Salaam and Zanzibar struck us as especially attractive. Stone Town, an ancient area on Zanzibar, is now a UNESCO world heritage site.

We frequently saw Maasai in their traditional garb. We know the Maasai have a rich cultural history and were known as fierce warriors. Today, they are widely known as cattle herders and protectors of safari land camps. Maasai women are responsible for making houses as well as supplying water, collecting firewood, milking cattle and cooking for the family. Maasai warriors cover security and herd livestock. You might see one in front of a hotel as a greeter and guard. They are very friendly and if you ask, you might get a photo opportunity. Some ethnic groups in Tanzania believe that the flash of a camera steals a piece of their soul, so you should always ask before photographing someone. While the Maasai are a distinctive group, they are only one of over 120 tribal groups in Tanzania.

The movie Lion King popularized the phrase hakuna matata. But the phrase comes from the Swahili people and language. It means no worries or no problem. The Tanzanian people are in no hurry, so it’s wise for the traveler to embrace this lifestyle and sentiment.

There is so much to see in Tanzania. We hired guides at both the Hyatt Regency in Dar es Salaam and at the Park Hyatt in Zanzibar. In Dar es Salaam, we hired Alex from Alex’s Tanzanian Adventures. He was an excellent guide. We went on city tours with Alex and also on a long day trip for a camera safari. In Zanzibar, we went on several day trips to expand our horizons and walked by ourselves all around Stone Town.

Tanzania is a very interesting melding of African, Arab, and European cultures. We felt welcomed wherever we went and met many interesting people. Madeline and I want to go back to see Mount Kilimanjaro and perhaps take a glamping safari and maybe another camera safari.

Africa: A Continent You Should Explore

Read More
Africa: A Continent You Should Explore