Here is some historical information for Tokyo. I hope this helps you better understand this amazing city when you visit! I’ve also written about Japanese history.

And read more about our travels in Japan!

Most of us think of Tokyo as the capital city of Japan, but that wasn’t always the case. Up until the mid-seventh century, Japan had no permanent capital. In fact, emperors often relocated his court to new capitals.

Some of the more lesser known capitals included Naniwa, Asuka, Otsu, Fujiwara-kyo and Nara. This is doesn’t mean the capitals were less important. It’s just that the capitals are between the seventh and eighth centuries. From this time, the capitals were only Heian, now Kyoto (794-1868), and Tokyo (1868 to present). 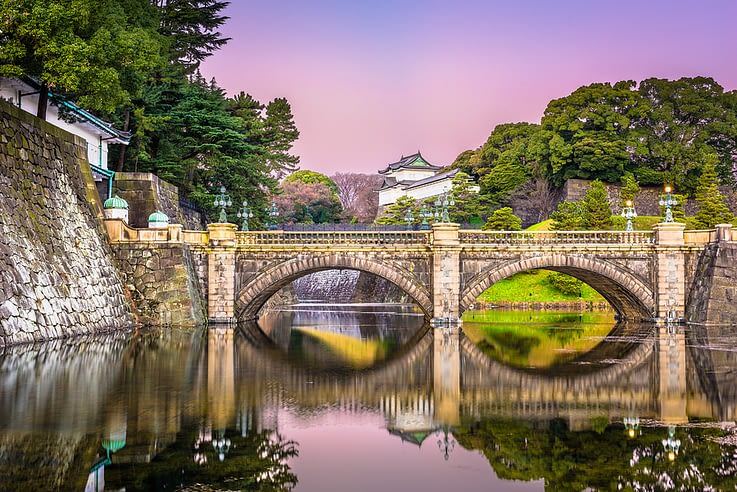 Edo flourished after Tokugawa Ieyasu established the Tokugawa Shogunate in 1603. As the center of politics and culture in Japan, Edo grew into a very large city with a population of more than 1 million by the mid-eighteenth century. Throughout this time, the Emperor lived in Kyoto, which was the capital of the nation.

This was known as the Edo Period and lasted for nearly 260 years until the Meiji Restoration in 1868, when the Tokugawa Shogunate ended and imperial rule was restored. The Emperor moved to Edo, renamed it Tokyo. The same year, Tokyo became the new capital of Japan.

During the Meiji period (1868-1912), Tokyo and the rest of Japan began assimilating to Western civilization. When the black ships of Admiral Perry arrived from the USA, Japan was no longer to stay isolated and remote from the West. They were forced to open their borders to trade. Read our post about Japan to know more about the history of Japan.

Everything was changing in Tokyo. Feudal lords were building mansions of stone and bricks. Road construction was everywhere, with the major roads paved with round stones. In 1869 Japan’s first telecommunications line was opened between Tokyo and Yokohama. The first steam locomotive started running in 1872 from Shimbashi to Yokohama. 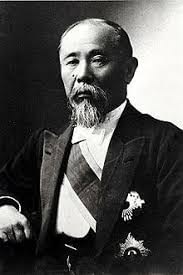 In 1882, Japan’s first zoo opened in Ueno. In 1885, the cabinet system of government was adopted, and Ito Hirobumi became Japan’s first prime minister. With the adoption of the Constitution of the Empire of Japan in 1889, Japan established the political system of a modern state.

Experiencing immense growth, Tokyo incorporated 82 more towns and villages in 1932. These included Shinagawa, Shinjuku, Shibuya and Meguro, which are large ku today. The ku within the city proper also increased from 15 to 35. In 1943, the city went through another transformation: the city reduced the number of ku to the current 23. Present day Tokyo is made up of 23 wards, 26 cities, and five districts/sub-prefectures that stretch west from Tokyo Bay to the foothills of the Japanese Alps, which are 130 miles west of Tokyo.

After the Second World War, Tokyo was rebuilding. It was chosen to hold the Summer Olympics 1964. The 1970s brought a massive development, and the population increased to 11 million from a pre-war number of less than 3 million.

Today, Tokyo is still growing from the inside and outside. It’s been named the third most livable city in the world. At one point it had more Michelin stars for its restaurants than any other city in the world. Tokyo now is home to more than 35 million people; more than 13 million of those reside in the city center. It is the largest metropolitan area in the world by population.

Even though Tokyo is one of the most densely populated cities in the world, more than one-third of the metro area is designated as natural parkland, under the protection of Japan’s government. You’ll find these refuges all over Tokyo.

Tokyo is a wonderfully accessible city. The city’s public transportation system is world class and makes the city easy to traverse. Its railway and subway train are efficient, punctual, and clean. Of the 50 busiest train stations in the world, all but five are in Japan. Tokyo’s Shinjuku Station and its 4 million daily commuters take the top spot. With Tokyo hosting the 2020 Olympics, the city will be more accommodating to Western travelers. You’ll see English language information pamphlets and directional signs at all the stations. 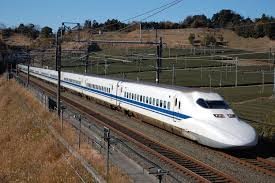 When you want to travel away from Tokyo, even for a day, the city offers the Shinkansen, which is the name of the network for the Japanese bullet trains. Shinkansen trains travel between 150 and 200 miles per hour. They are the lifeblood of the Japanese transportation system. Since the Shinkansen began in 1964—as a showcase it during the Olympics—it has served more than 10 billion passengers. Every day, nearly 500,000 passengers are on the Shinkansen.

When we lived in Tokyo, we loved the ability to go Kyoto for a day. In Osaka, we would travel to Kanazawa or Fukuoka by Shinkansen and be back at the hotel by evening. Once you are in a city, the local metro trains are very efficient and can get you just about anywhere.

Another important concern for travelers going to Tokyo is safety. Tokyo is extremely safe. It might be the safest city in the world. Women can walk home on a dark street with no concerns. Madeline and I saw a restaurant employee chase down a guest that had left his wallet in the restaurant. One of my colleagues lost his passport in a taxi and called the taxi company. They tracked his passport down and the same taxi driver delivered it to him the next day. It’s not uncommon to see people leaving their valuables at the table while they go to the restroom or to the counter to place an order. Everything stays on the table—nobody will approach it or even glance at the items. Petty theft is almost non-existent in Japan.

Tokyo is a clean city. You’ll rarely see trash anywhere. People routinely pick it up if they see it and dispose of it. Graffiti is also nonexistent. When a building is demolished to make room for another, workers direct pedestrians around the site. Large protective barriers keep dust or dirt from escaping. When we go back to Tokyo, we notice new buildings going up with precision and care. Whatever they do in Tokyo, the keep it tidy wherever you go.

Most residential buildings in Tokyo are compact and neat. The picture above shows an area where Madeline and I used to live. If you look at the buildings, they are either small and square or tall, rectangular and thin. They vary in shape and size but compliment nearby structures. You’ll see varying shades of coffee, caramel and grey that are neatly arranged together. It makes Tokyo look fresh, like it was built only 10 years ago.

Tokyo has plenty of skyscrapers and beautiful modern architecture. These building are generally for people to visit, such as a museum or cultural center. Most office and residential buildings are more practical. I sense that design is always very important in these buildings. And that design is more functional and simpler, not showy.

Because there are so many people in Tokyo, you’ll have to look up more than usual. Restaurants and bars frequently are above ground, particularly in areas like Shinjuku, Shibuya and Ginza. Most buildings have more than one floor, and signs everywhere advertise who or what is on each floor. At night, many of the signs are lit up. If you are looking for a restaurant or bar and your Google Map application says you are there but you don’t see it, look up!

People you meet in Tokyo are incredibly polite. There is a practiced civility in Tokyo, and all over Japan, that is immensely satisfying to a Westerner. Bowing when saying hello and thank you is the norm, as is giving and receiving items and gifts with both hands. When you pay your bill at a store, you place your money in a plastic tray, and the clerk will return your change in the same tray. If you give someone your credit card, they will accept it with two hands and give it back to you the same way.

We have stayed at many Hyatt hotels in Japan. Hyatt is known for their hospitality and guest experience. Hyatts in Japan crank up the hospitality a couple notches. The staff we meet in a Tokyo hotel are some of the cheeriest people we’ve ever met. It really is a beautiful thing to encounter daily in Tokyo and the rest of Japan.

When you get out and about, you’ll probably be worried that you can’t speak or read Japanese. It’s a difficult language to learn for a Westerner. You should certainly learn a few phrases before you come, even if they are only please, thank you, good morning and where is the restroom. Even with a language barrier, a Tokyo local always tries to help you in the best way they can. I remember my first time in Tokyo: In the metro I was stumped about how much the fare was going to be. An elderly Japanese woman approached me and asked if she could help me. In many cases when I’ve looked completely bewildered in a street (before Google Maps!), a person would not only help me, but they’d walk me to where I wanted to go! Remember to thank your new Japanese friend with arigato.

We encourage you to visit Tokyo. There are a number of posts you can read about staying in Tokyo or other cities in Japan. We also have posts about where to eat and things to see. Enjoy yourself!